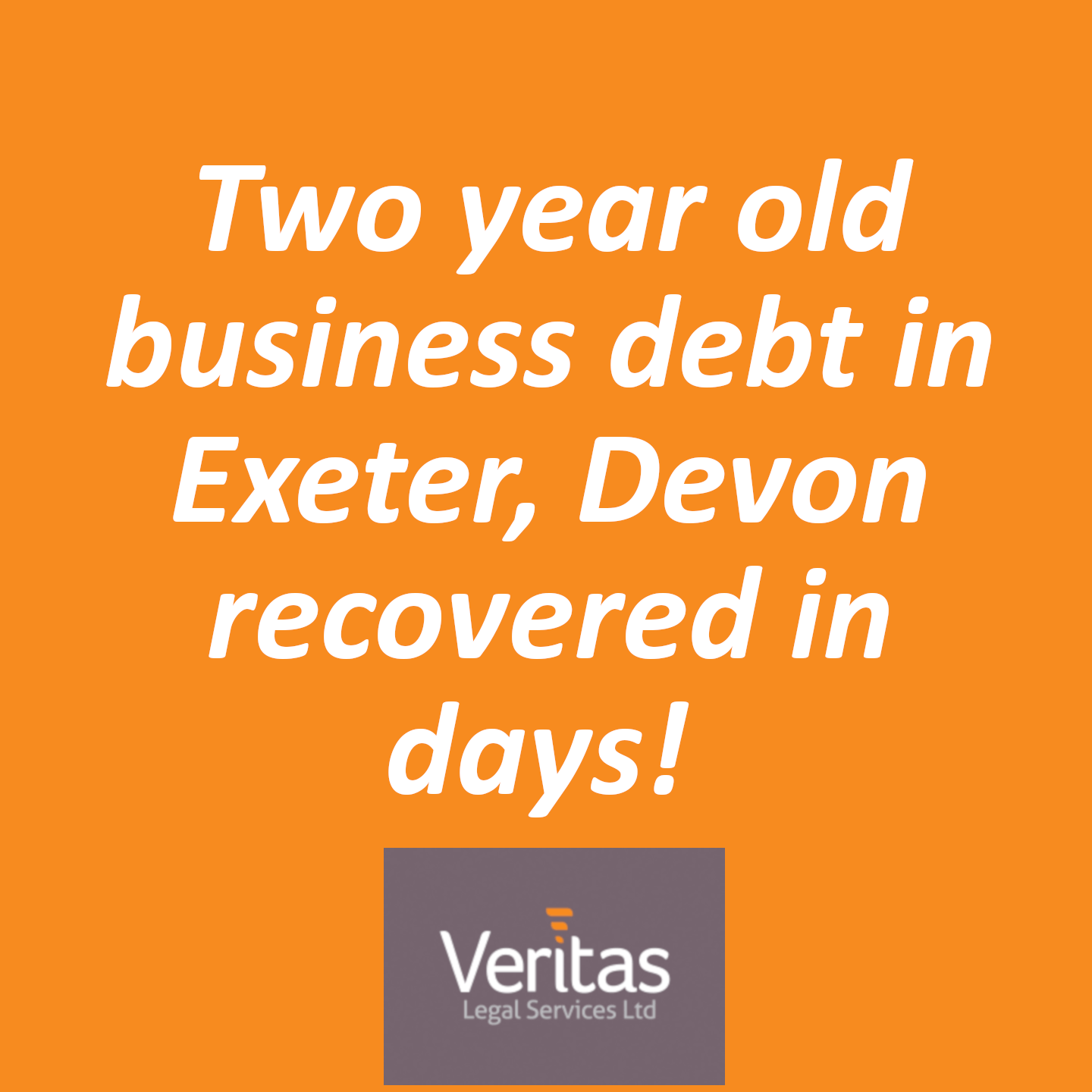 Many of our clients give us great reviews after we have helped them, just like this example of business debt recovery in Exeter, Devon.

“After we had been chasing one of our debtors for over two years, we decided to call in the experts. Veritas Legal got straight on the case, with clear, accurate advice from James Guthrie and his team. Veritas delivered a clean, quick settlement in full; a result that we were delighted with. The debtor was so impressed that he attempted to recruit James to take on his own cases! Well done and thank you.” Scott Buckland, Clyst Holdings Ltd, Exeter, Devon

Client, Clyst Holdings Ltd, were owed £1980 across two invoices exactly a year apart. Basically it is as service they have to provide all tenants every year and this particular debtor had both 2019 and 2020 outstanding.

The debtor came back with a spurious defence about how Clyst Holdings could not possibly have carried out the work alleged as they would have been picked up on their CCTV cameras.

They expected us all to jump through hoops to prove that Clyst Holdings had done the work.

We knew that Clyst Holdings were in the right and somebody within the debtor company had already admitted liability for the 2019 invoice previously, so they were barking up the wrong tree.

Legal proceedings were drafted for the client to sign off on and lodge at County Court Money Claim Centre in Salford.

The Defendant did precisely that, but crucially, after the 28 day time limit had run down, they had still not replied to the court, so we quickly prepared an urgent request for judgment to be entered in default – due to their non-compliance, and judgment was entered in favour of the client.

The judgment then came to the attention of the Defendant once it became a public record and they settled it immediately.

The debtor had been so impressed with the way in which Veritas operated, long before the legal proceedings had been started, they actually asked us to take on their debt recovery work for them. We had to decline at the time as there was a clear conflict of interest whilst they still had an ongoing case with us.

Client clearly delighted with the outcome as it had looked for all the world like being a defended claim that would have gone to a final hearing before a District Judge, which would have tied the client up in knots with countless hours of preparation for trial.

If you, like Scott, have a business debt that the debtor just won’t pay, get in touch with Veritas Legal, we are business debt recovery service who do it for free, please call 01392 498686 or email info@veritaslegal.co.uk