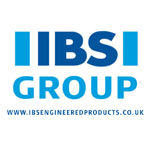 Another fantastic example of where we recovered a big debt where others would not and also saved our client the £1250 fee they were quoted by another debt recover agency.

Ray Moulds of IBS Engineered Products approached us in April of this year, having been referred to us by Mark Woodward of Lifting Support Services. IBS were owed £25K from December 2018 and the debtor was giving them the runaround.

They had been referred to another debt recovery agency but would have had to find £1250 in legal fees before they had even started.

Letter sent out within 30 minutes of instruction

Within 30 minutes of being instructed our 2 day letter was sent out asking for payment of the debt of £25K plus late payment interest of £594.31, compensation of £110 and reasonable debt recovery costs of £1750.

100% of debt and fess recovered

Despite the debtor claiming that they could not pay, within 72 hours they got everything we had asked for. 100% of their money back, all the fees and all at no cost to our client.

Had they proceeded with the other agency they would have had been £1250 out of pocket and the debtor could have filed some spurious defence to the legal proceedings that would have delayed the final hearing of the matter for around 9 months and would have created an enormous amount of administration/evidence gathering and disclosure in terms of the client preparing for trial.

Ray Moulds was obviously delighted with the results saying “James really knows his stuff. His direct, but polite, manner when dealing with our particular non-paying client got the desired result and  I was genuinely amazed at how quickly the outstanding balance was cleared…….”